According to a recent millennial leadership survey from The Hartford, 80% of millennials see themselves as leaders today.

Yet only 12% of Gen Y held management roles in 2013, and less than a third of The Hartford’s sample reported that they’re currently business leaders.

Maybe we’re entitled and delusional. Or maybe, explained millennial expert and author of Becoming the Boss, Lindsey Pollak, we have a progressive understanding of what it means to be a leader. “Millennials believe they can lead from whatever position they’re in,” she said. We know we don’t need an official title to impact our organization.

But if millennials really are leading from behind, why aren’t we getting promoted?

If you’re ambitious but stuck on Level 1, below are six possible reasons. (Warning, tough love ahead.)

Slade Sundar, COO of Forte Interactive, Inc., observed that working 60-80 workweeks actually “devalues the work an employee does, because it shifts the measurement from results and quality to time and quantity.” When an employee’s work is measured simply by how much time she puts in, she seems cheaper and more expendable—“someone who is willing to do twice the work for half the salary.” Promoting her would thus ironically oppose the interests of the company. As a result, over-dedicated employees are “rewarded” not with a promotion but with more work at the same pay.

On the other hand, one survey revealed that 71% of managers didn’t promote employees because they were unwilling to take on additional responsibilities. Jennifer Dulski, president and COO of Change.org, speculated that employees who volunteer to do work outside the scope of their roles are “the most likely to be promoted.”

When you’re considering how to balance managing your time with new responsibilities, ask yourself where you’ll be most able to demonstrate leadership and problem solving abilities. Sundar explained, “We don’t hire people to create widgets anymore, we hire people to solve problems. Widget Makers are expendable, Problem Solvers are not.” To get promoted, wrote Sundar, “you’ll need to prove you’re more than just a nose-to-the-grindstone type.”

The least attractive quality in an employee—or anyone, really—is thinking you know everything.

If you’re prone to being a know-it-all, start asking questions. Famed Silicon Valley executive Guy Kawasaki blogged that the key to great schmoozing is to “Ask good questions, then shut up.” If you get others to talk instead, “Ironically, you’ll be remembered as an interesting person.”

Then do your homework—over and over again. Leadership is the “10,000 hours thing,” said Pollak. It requires “wanting to read and learn and be curious about the topic, loving what you’re talking about.” If you don’t know where to start, Pollak suggests, “Learn from watching people who are good at it. Take classes, learn public speaking, observe difficult conversations.” Curiosity is, at its core, a product of engagement.

If you start to feel bored by your investigation, that’s a sign you should pick another reign.

I once had a boss whose confrontational communication style led several employees to leave the company. Noticing that these employees tended to be soft-spoken and acquiescent, I resolved to stand my ground in my new role. My boss admired that I (respectfully) challenged him, and he quickly identified me as “leadership potential”.

Statistics support my story: Researchers at the University of Notre Dame found that less agreeable employees earned an average of 18% more annually than their agreeable coworkers. Those who demonstrated more agreeable traits were, conversely, less likely to receive promotions. Research also shows that we tend to think agreeable men will make worse leaders.

Art Markman, Founding Director of the Program in the Human Dimensions of Organizations at the University of Texas at Austin, explains that “While some managers may want to surround themselves with people who obediently agree, most want those who will find the flaws in a plan before it is implemented.” Less agreeable people offer this needed skepticism.

If you tend toward people pleasing, Markman suggests considering potential flaws in ideas that come your way at work. Or internalize this: always agreeing doesn’t make you a good employee, or a good person for that matter. 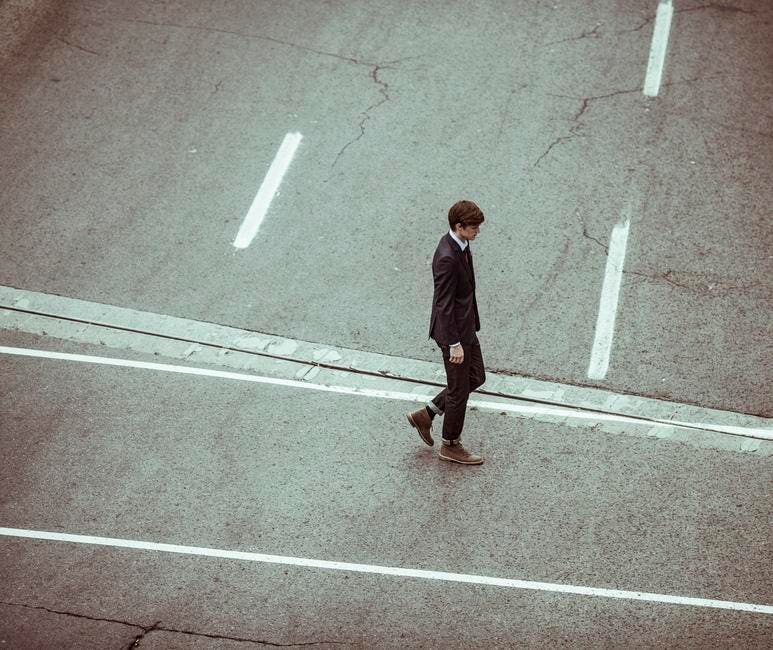 Many millennials fail to advance because we’re prioritizing the wrong training. In The Hartford’s study, millennials least desired written and oral communications training—but employers consistently rank these skills as the ones millennials most need.

Determine what skills you need for the leadership role you seek . Then find a way to acquire them. David Goldin, the founder and CEO of Capify, told Business Insider that millennials who want to be promoted should proactively seek assistance. “Show that you want to learn.”

Of course, employers also play a critical role in training their workforce. Markman said, “The most successful organizations are ones that promote learning throughout a career.” If you repeatedly request training and your organization doesn’t deliver, it may be time to let them go.

Employees often think that checking in with their supervisors constantly is conscientious (a skill paramount to success, as I’ve written previously). In fact, it’s a sign of neuroticism, which is associated with compromised career success, emotional instabilityand lack of leadership potential. More immediately, incessantly checking in reflects insecurity and lack of self-sufficiency.

Some anxious employees, one study noted, use work to satisfy “unmet needs for love”. Managers can, in turn, find this clinginess “aversive and seek to distance themselves from the instigator.” In short, it’s the last thing you should do for a promotion.

You might recognize this scenario: your boss hates when you don’t check in—“touch and go”, as some call it—but then complains that you can’t think for yourself. The solution is to outline exactly what you’re going to do. This requires preparation. Even if it’s a small task, think of it as a presentation. Schedule one meeting with your managers, present how you’re going to tackle this specific project/assignment, and get their approval on every bullet. Follow up explicitly confirming that you’ll do xyz. Then here’s the key part: don’t check in again until it’s done the way you agreed.

If you’re not dying for your boss’s attention, you may suffer from the opposite problem. As an introvert, I convinced myself for years that I could manage my entire career alone. I eventually learned that lone wolfing isn’t sustainable. As Markman explained, “we are a fundamentally social species. We succeed primarily because of our ability to learn from others.”

I resisted getting outside help because I was intimidated by the elusive “mentor” concept. I didn’t know how to get one, and I felt like I couldn’t request mentorship outright without spending money.

Pollak conceded that having one mentor is often unrealistic. “I think it’s too much pressure to ask someone to be my mentor,” she said. Markman, likewise, is wary of assigned mentors. “Mentorship is much more effective when it grows organically.”

Instead, Pollak prefers having a board of advisors and a collection of people who inspire her. “There are so many options to connect with people,” Pollak said. Markman advised, “Find time to go out for coffee… Ask questions. Find out what books they are reading. Get advice on how to handle difficult situations.” Many people can act as mentors without even knowing they serve that purpose for you.

Put concisely, here are some actions that will advance your career: